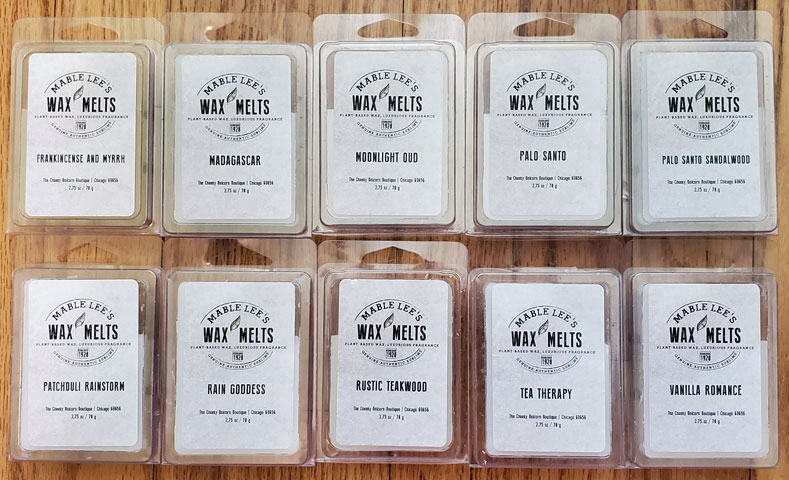 This is a review of Mable Lee's wax melts which are made by The Cheeky Unicorn Boutique at https://thecheekyunicorn.com. They are soy-based wax melts with no dyes, but they're hard like paraffin.

They have over 500 scents to choose from! Wow!! Their wax melts come in 2.75 oz clamshells for $5 each and "Lil' Bits" (a 1 oz sample size for $2.00). I like the fact that they advertise the throw for each scent on their website, and for the most part they were accurate. The scents were very nice and the average throw was medium to strong. The only complain I would have, and it's very very minor, is that the clamshells were hard to open. I really liked these wax melts!

Since many of the scents I got (all of which were from a destash) were the 1 oz. size, I finished them so they're not included in the image or video.