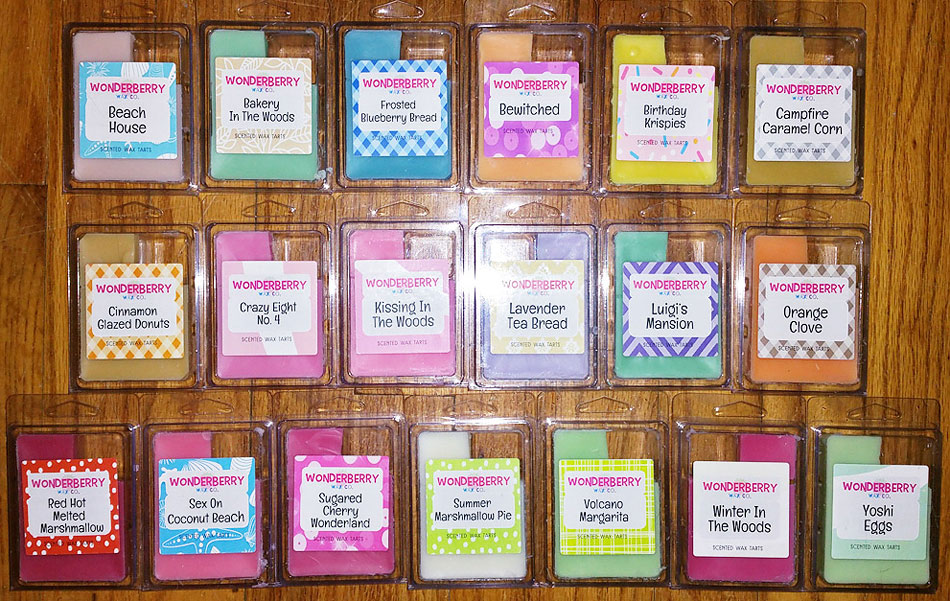 Courtney, the owner, uses only the best fragrance oils, which are 100% concentrated. All tarts are hand-poured in a smoke-free, pet-free environment. They work best with warmers from 20W to 24W.

I truly enjoyed these wax melts. I love the fun labels with big writing that's easy to read, the bright cheerful colors of the wax, and the creative scent blends. In general, the scents didn't last long, around 1 to 2 hours, but I often get bored of a scent quickly so I don't mind changing them out often.