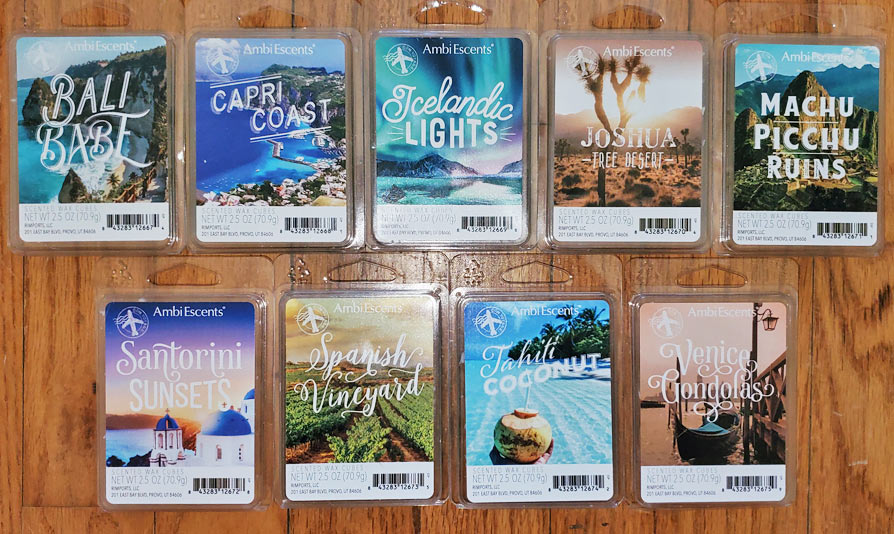 This is a review of the new travel-inspired AmbiEscents Bon Voyage/ Destinations Collection Wax Melts from Bed Bath & Beyond, from March 2021.

ScentSationals has the same collection with some of the same and different scents, which are available at some Walmart stores, and I've reviewed separately. The ScentSationals scents are $2.00, while the AmbiEscents scents are $3.99 for the same 2.5 oz. amount.

AmbiEscents also has 7 other new wax melts scents (not part of this collection) which I've reviewed separately.