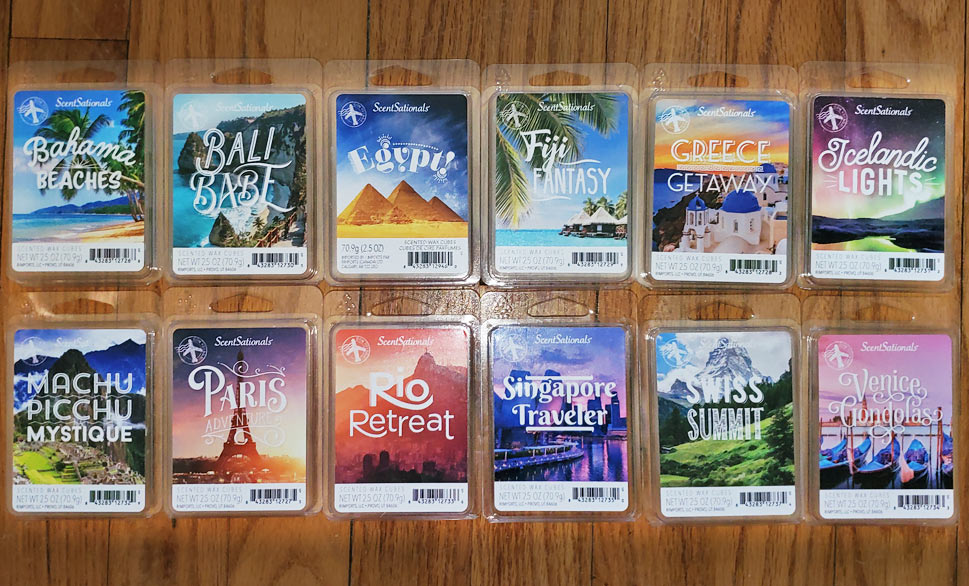 This is a review of the new travel-inspired ScentSationals Bon Voyage/ Destinations Collection Wax Melts from March 2021. These are on Walmart's website and should be arriving at some Walmart stores over the next few weeks.

AmbiEscents just put out the same collection with some of the same scents and a lot of different scents, which I've reviewed separately. The ScentSationals scents are $2.00, while the AmbiEscents scents are $3.99 for the same 2.5 oz. amount.

The Meijer website shows the notes for this scent as, "Freshly shaved coconut flakes toasted with brown sugar and cinnamon spice.", which is not accurate, as this scent has zero cinnamon or brown sugar notes, so the Meijer version may in fact be a third different scent with this same name and label.