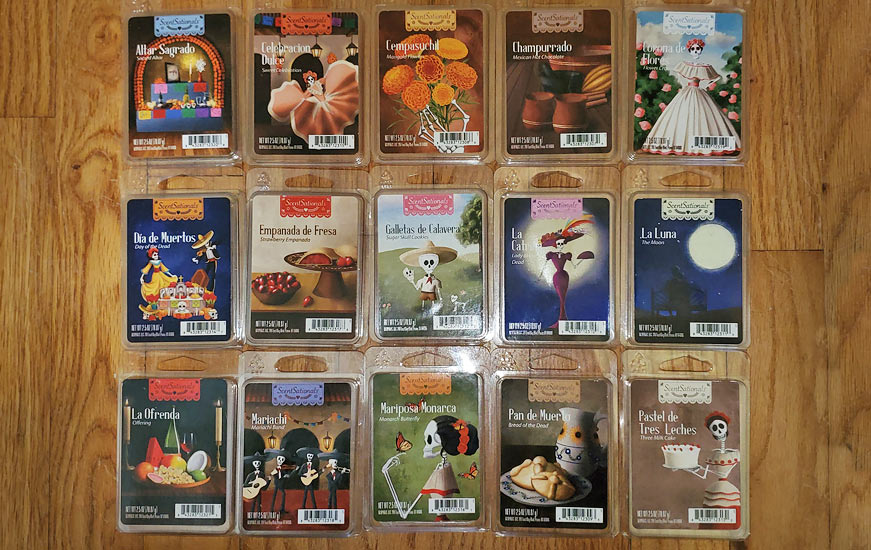 This is a review of the 15 ScentSationals Day of the Dead Fall Wax Melt scents from Walmart. Great scents, and the artwork on the labels is fantastic.

Although many of the names of these scents are the same as last year's Day of the Dead wax melts from H.E.B. stores in Texas, many of the scents themselves are different.

These ScentSationals Day of the Dead wax melts are, unfortunately, a limited program through Walmart, so not all stores will carry them. Rimports (the company that owns ScentSationals) has no control over (and no list of) which stores carry them, as that decision is made by Walmart. And these melts are not available online through the Walmart website. You'll need to check your local Walmart stores; if they have them, they would be located in the Halloween area, but might also be mixed in with the regular wax melts, or even in a wax bin somewhere else in the store.