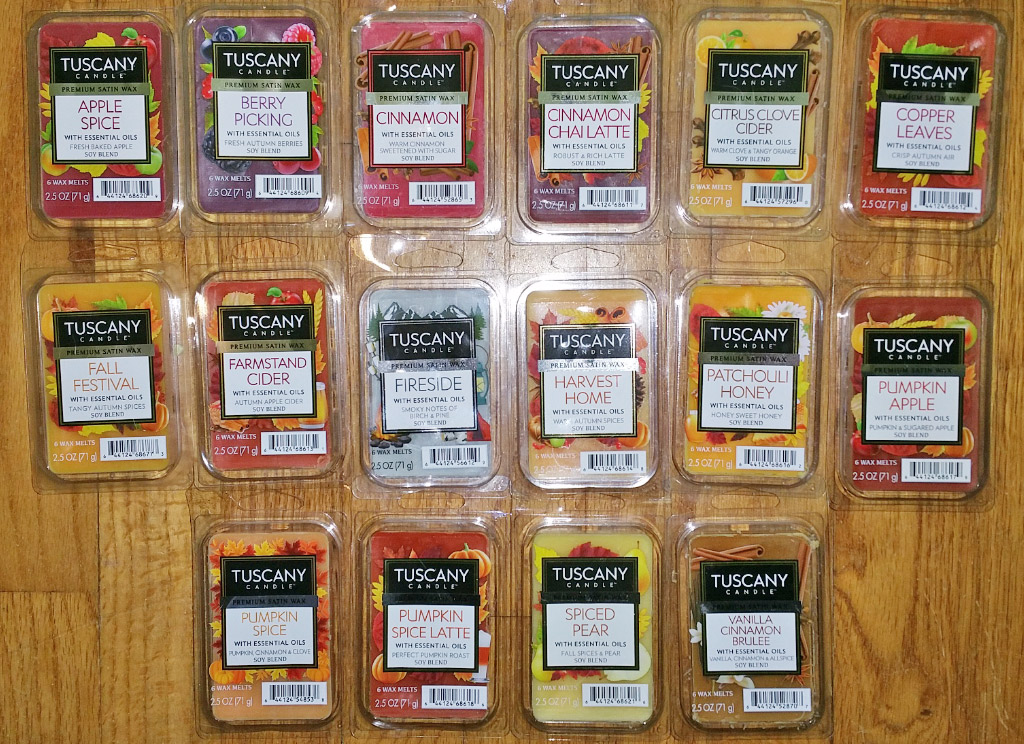 This is a review of Tuscany Candle Fall Wax Melts from 2019.

These Tuscany Fall 2019 wax melts are the same scents as the Hudson 43 wax melts from Joann Fabric for $4.99 each. But I found these at Wegman's food store for $2.75 each. They even have the same labels, except for the brand name. There are a couple of Tuscany scents that I didn't find at Joann Fabric (Berry Picking, Cinnamon, Citrus Clove Cider, Fireside, Pumpkin Spice Latte, Vanilla Cinnamon Brulee), and two Joann Fabric scents that I didn't find in the Tuscany brand (Candy Apple, Pumpkin & Acorns).