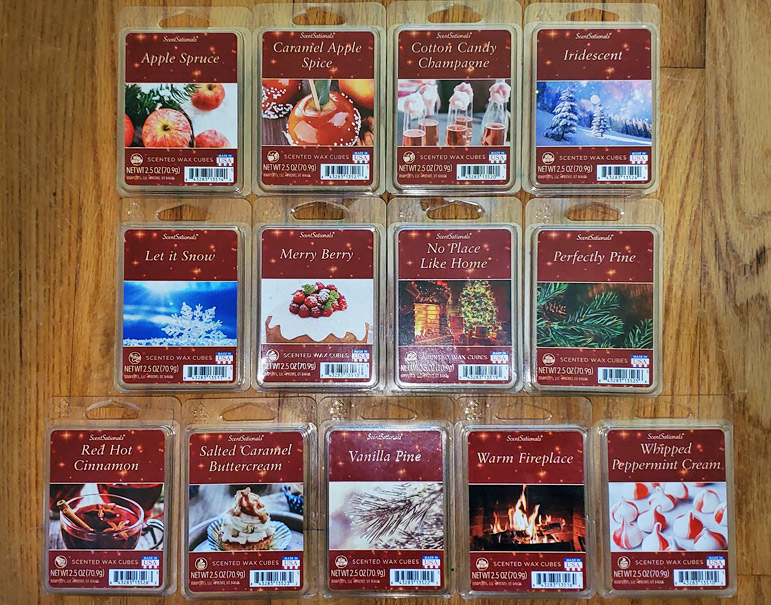 This is a review of the new ScentSationals Christmas/Holiday 2021 wax melts that can ONLY be purchased from the ScentSationals website: Apple Spruce, Cotton Candy Champagne, Let It Snow, Merry Berry, No Place Like Home, Red Hot Cinnamon, Warm Fireplace, Whipped Peppermint Cream.

ScentSationals also came out with a new collection of 5 Christmas/Holiday scents a few weeks ago that are available not only on the ScentSationals website, but from the Walmart website as well. We reviewed them HERE.

Other scents in this collection are older scents that I reviewed in 2016, 2018 and 2020: Caramel Apple Spice, Iridescent, Perfectly Pine, Salted Caramel Buttercream, and Vanilla Pine. But these come in the new red holiday clamshell, which makes them perfect for holiday gifts and stocking stuffers!

MORE ScentSationals Wax Melt Reviews
Do you own or work for a wax melt company? Our FREE Review & Promotion Service can help you get more customers!
Join Facebook Group